#OLGALEFFERSBLOG. THE STORY OF DRESS CLIPS

The era of Art Deco was revolutionary in many aspects. Almost every field went through dramatic changes. The world was overwhelmed with new aesthetics, new styles, new ideas and technologies. And jewelry brands did not fall behind and came up with quite a few new designs.

One of such designs that first gained prominence in the 1920s were dress and fur clips. According to certain sources, fur clips (a piece of jewelry with two long needles to be pinned on furs) were invented by Cartier in 1928. And later, in the early 1930's, another invention hit the market. It was a design that secured two clips together forming a single piece – a double-clip brooch. The design was called a clip-pin or a clip-mate. Two dress clips or fur clips were attached to a pin back to be worn together as a single brooch. The heyday of dress-clips lasted from the late 1920s to the 1950s.

During that time, almost every famous costume jewelry brand introduced its own design of dress clips or fur clips: Coro, Trifari, Miriam Haskell, Mazer, Reinard, Boucher, Eisenberg, Nettie Rosenstein, Hattie Carnegie, Reja, Staret, Vogue, Polcini and others. Most of those designs were patented. The most famous designs were introduced by Coro in 1935 and were called ‘Duettes’. This name has been used to describe any clip-pins ever since, no matter what brand designed them.   For its ‘Duettes’ series, Coro came up with a lot of designs. Unlike Trifari’s more classic pieces, Coro’s designs were outstanding and original.

Flora- and fauna-inspired pieces were so successful that they are still incredibly popular 80 years later! Coro’s most famous pieces were created by designers, Adolph Katz and Gene Verrecchio. Among them were a pair of enameled parrots (created by Verrecchio in 1938) and Quivering Camellia (a camellia shaped brooch with a quivering pistil that trembles when you walk or move. It was designed by Katz in 1941). Throughout the years, Coro added owls, frogs, turtles, butterflies, swallows, fish, horses, bees, and sea horses to its ‘Duettes’ series. Almost all brooches were made of silver with enameling, rhinestones and gilding. Pieces from this series are considered to be the most valuable by connoisseurs.

★ Companies started marking their pieces in 1937. Until then, most clip-pins were marked only with a patent number. - Not all dress-clips or fur-clips have a removable pin-backed mount

★ Many dress-clips or fur-clips were unmarked, which makes it very difficult to identify them with any particular brand In the end, we would like to share a couple of tips and tricks on how to wear them

★ When they were enormously popular, women liked them especially because they could accentuate any part of the outfit – they could be fastened to a hat, gloves, a scarf, a handbag, shoes, a belt and so on.

As a single piece, such brooches look incredibly good as buckles. Especially symmetrical Art Deco-styled brooches with rhinestones. You can also decorate any fabric clutch with them, or turn your casual fine knit cardigan into an evening gown. Clip-pins look lovely on the collar of a shirt. And, of course, any brooch looks good on the lapel of a jacket! When worn separately, dress-clips look especially spectacular fastened to evening dresses - e.g., symmetrically on shoulders or slightly lower to accentuate a neckline. Fur-clips look incredibly good fastened to what, in fact, they were made for - fur! But they will also look wonderful fastened to any dense fabric! 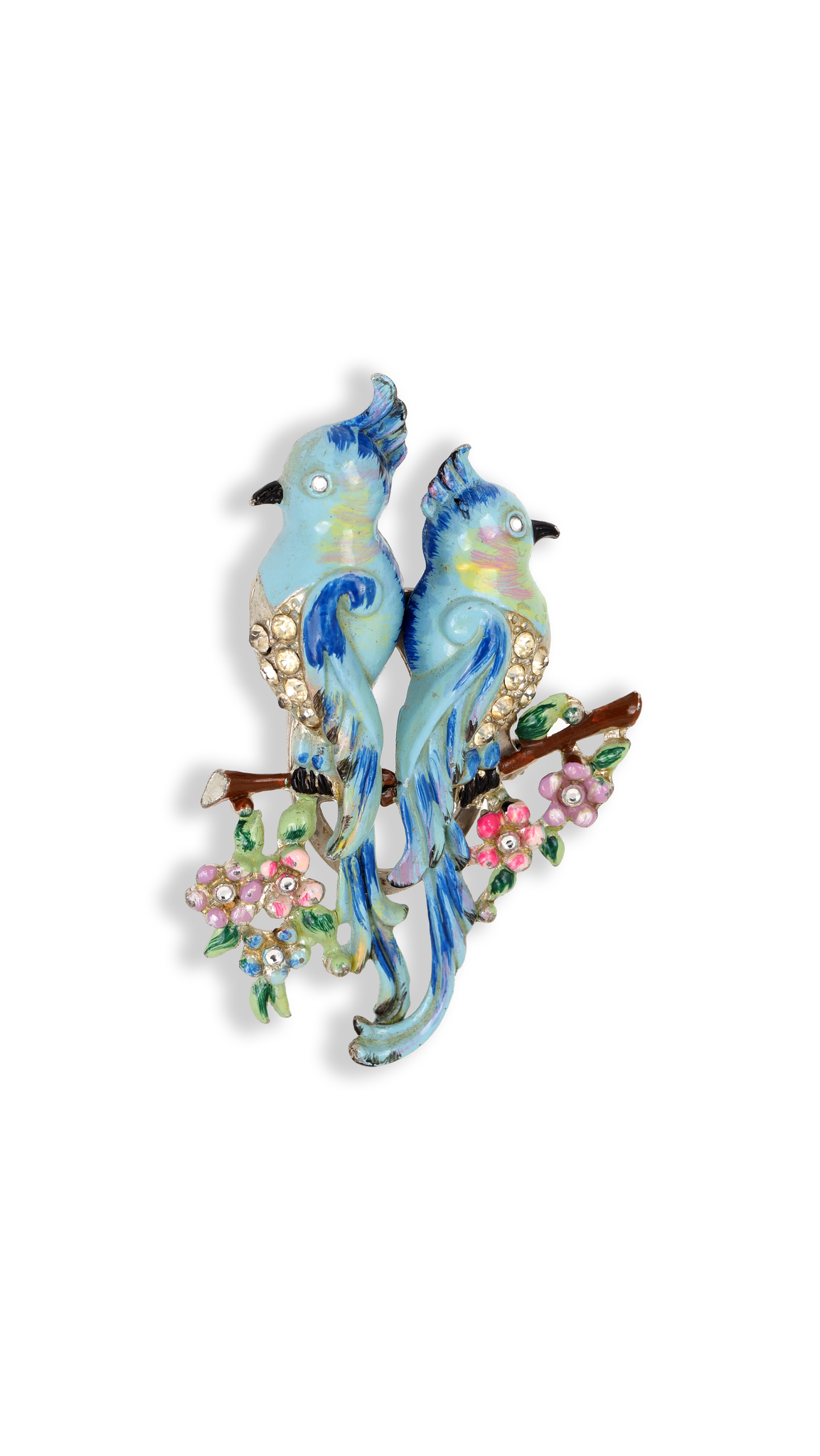